This summer, the MIM, the boys and I were planning a trip to the Queen's country. Yes, the land of Shakespeare and Wordsworth and Roald Dahl; of the stiff upper lip, the cockney accent and the lilting drawl; the batter fried fish, tea & scones, shortbread and what, even curry; the London Bridge, the Big Ben, the Buckingham Palace, Globe Theatre and the Westend -- oh the Westend, where plans were being made for 'The Lion King', 'Love Never Dies' and 'End of the Rainbow'.

Visas had been applied for; interviews given; warm clothes taken out, sunned and packed; gifts bought for relatives and friends; and tickets booked for Saturday the 14th.

Our visas never came. Repeated internet checks and phone calls to the consulate resulted in the same answer being done to death -- Yours applications are under process.

!2th evening, with a birthday party for The Nephew raging in the background, the MIM and I took the painful decision of cancelling our tickets so that we could get back the maximum refund possible -- less than 24 hours meant 50% would have been deducted. We called the helpline in Delhi one more time and they very rudely told us not to expect anything before the middle of next week. That cememnted our decision.

Now we had more than two weeks of vacation time on our hands with nowhere to go. Instantly, I said "Himachal." The MIM had been clamouring to go to the hills for a long, long time and now was our chance.

We knew we wouldn't be getting the best deals; after all, not only was this trip last minute, it was also at peak season. Hours spent over the Net and we finally zeroed in on our route : Delhi -- Amrtisar -- Dalhousie -- Dharamshala -- Palampur -- Amritsar -- Delhi. This was after a lot of permuatations and combinations were checked out.

Next, the hotels in Himachal. In Dalhousie, we got a cottage in a beautiful, recently opened resort called "Amode". Not strictly in Dalhousie town, 7 kms further up. In Dharamshala, we got acco in The Grace Hotel while in Palampur, we got another cottage at a tea estate. Like idiots, we didn't factor in any extra time for Amritsar, otherwise we could have done the Golden Temple and Wagah Border as well. I guess we had to leave something for next time.

So, with the Big Ben, Globe Theatre and the Westend waving a sad goodbye to me in my mind's eye, I readied myself in the heat of Calcutta summers with sweaters and woolens.

And after all that? Midnight between 13th and 14th May, after we got back from a friend's birthday party, the MIM decided to check out the visa status 'just like that.' Guess what?

They'd been approved on the 13th.

So much for paying extra for SMS alerts. Anybody I can write to about this?!?!

Monday, 9th May 2011 was Kobiguru's 150th birth anniversary. The spirit of the Bard of Bengal is well and truly alive and as each day goes by, it is obvious that Tagore isn't going anywhere. The man, his words, his works, his art, his vision have all become intrinsically linked to the collective consciousness of the Bengali psyche. It is almost as if he has been encoded into our DNA. This past one year has been a celebration to his life and work and the year ahead promises to be the same...not that that's surprising really, considering that Tagore's masterpieces are performed every year regardless. But so much creativity has been flowing in recent times and all sparked off by Tagorean thought, values and oeuvres. He and his works have been performed, celebrated, reinvented, recreated, reexamined, dissected, discussed, dissed even, under a microscope and from every angle possible. Many have been trying to portray his works in a new light, look for a new spark, present another viewpoint, 'contemporarise' him too -- the last one being quite redundant really, as his vision was far ahead of his times and he is still very relevant today.
The YO's school had a special homage to Tagore for their annual day concert, the theme of which was 'The World of Books" and my little boy, (apart from being one of the dwarves of the Snow White skit) was also part of the tableau that offered their respects to India's first Nobel Laureate. And on Monday, some of the students of EO's school were chosen to present a few items that they had been rehearsing for ever since school re-opened. Not just that, but the piece that the EO was a part of, had to perform again that evening for a special programme being organised and presented by the school alumni.
I am but one of millions of his devotees (I don't use the word lightly) and it heartens me to know that the future of Rabindrasangeet and Rabindra sahitya is bright and beautiful.
He Kobiguru, tomaare jaanai, koti koti pronaam.
Posted by Mamma mia! Me a mamma? at 10:22 AM No comments: 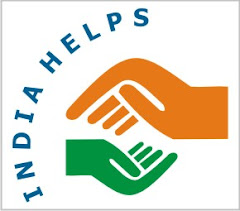